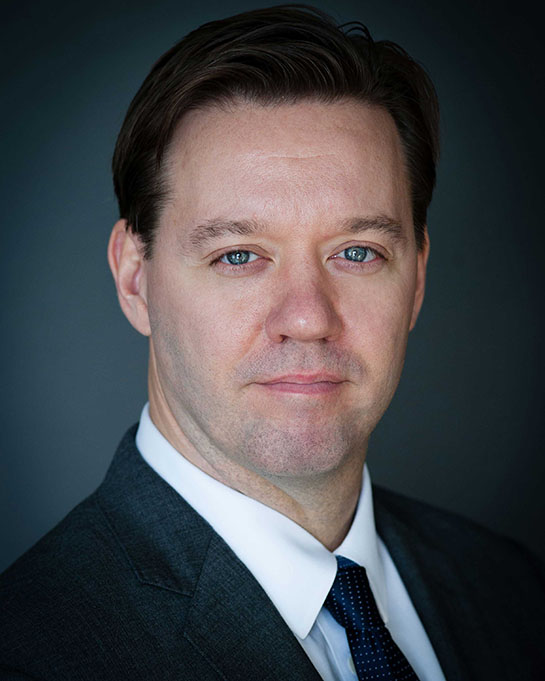 Ryan Whalen guides domestic and international companies and sophisticated individuals in determining when and if litigation is necessary.  When litigation is necessary, Ryan relies on fifteen years of experience appearing as trial and appellate counsel in Federal and State Courts and arbitral bodies.  Ryan handles litigations and proceedings involving complex commercial disputes, business torts, corporate governance, shareholder derivative and appraisal rights, real estate disputes, trademark infringement and counterfeiting, civil RICO and legal malpractice.  Ryan also represents clients in discovery and accounting proceedings before the Surrogate’s Court.  Ryan regularly appears as counsel in cases with highly intricate fact patterns, which calls for litigation counsel with uncommon attentiveness, persistence and skill. Ryan has also appeared pro hac vice in the Courts of the Commonwealth of Massachusetts and Florida.

Ryan has honed his litigation skills with significant experience as trial counsel.  Beginning early in Ryan’s career, he has been taking cases to verdict.  He has an established track record of producing successful jury and non-jury verdicts and lucrative settlements for his clients.  Ryan has also successfully represented clients on numerous appeals and has achieved reversals and modifications of Decisions, Orders and Judgments issued by lower courts.  In acknowledgement of these achievements, in 2015, Ryan was recognized by the Martindale-Hubbell Bar Register of Preeminent Lawyers.

Prior to joining the Firm, Ryan was a partner at Brown & Whalen, P.C.  Ryan was born and raised in Westchester County, New York.  He earned his juris doctorate from Fordham University School of Law where he served as Alternative Dispute Resolution Editor for the Urban Law Journal.

Examples of Ryan’s experience include:

Obtained a seven-figure settlement for a client, a regional commercial tire-dealer, in a legal malpractice lawsuit against a law firm that previously represented the client.

Represented a real estate investor in a federal lawsuit against a large regional bank asserting claims that the client was wrongfully induced to pay for bank’s due diligence fees and other costs in connection with a potential $20 million credit facility.  Ryan’s client received a six-figure settlement from the bank.

In a highly publicized case before the Delaware Chancery Court, Ryan represented defendants, including the former Chairman and CEO of a public company against claims of breaches of fiduciary duty that alleged he issued stock to himself and others without obtaining a quorum of the board of directors.  After defeating Plaintiff’s summary judgment motion on grounds that the stock issuance could be validated pursuant to Delaware General Corporation Law § 205, the clients received a seven-figure settlement that included the dismissal of all claims against them.

Obtained a seven-figure settlement on behalf of an investment bank in a federal lawsuit against the bank’s former client, a public company, who breached the lock-up provision in an underwriting agreement with the bank.

Avoided litigation and obtained a favorable settlement on behalf of hedge fund client when certain limited partners alleged breaches of the limited partnership agreement and demanded liquidation of their LP interests.

In a widely reported case involving New York criminal usuary law, Ryan successfully obtained the dismissal of all claims against his client, a publicly reporting company in the cannabis industry, brought in a lawsuit by a lender on grounds that the promissory note executed by the client charged interest at a criminally usurious rate.

Represented a CEO of a public company in a shareholder derivative lawsuit filed in Delaware Chancery Court that asserted breaches of fiduciary duty claiming that common stock issued to himself and others was valued too low.  Obtained a settlement where all claims against client were dismissed.

In a litigation that spanned over eight years and culminated in a twenty-nine day bench trial before Justice David B. Saxe (Ret.), Ryan successfully defended the officer and shareholder of several entities that own and manage real estate in New York City and New Jersey.  Petitioner, the co-shareholder, sought damages of approximately $40 million dollars pursuant to claims of fraud (including, forgery, constructive trust and fraudulent concealment), breach of fiduciary duty and breach of contract.  By Decision and Order dated December 18, 2018, Justice Saxe held that Petitioner failed to prove all of its claims against Respondents.

As counsel for Respondent in an accounting action alleging diversion and mismanagement of various entities that own real estate throughout New York City, Ryan successfully moved to dismiss claims that sought over fifty-two million dollars in damages from Respondent.

Ryan was lead trial counsel for Plaintiff/Counter-Defendant in the action entitled, BRA Management, LLC v. S&G Hotel Corp. (Sup. Ct. N.Y. Cty.) (J. Oing).  Counter-Plaintiff alleged conversion, fraud, tortious interference with contractual relations and unjust enrichment and sought $850,000 in damages against Counter-Defendant.  During the trial, which was held over several days in September 2014, and after the close of Counter-Plaintiff’s case, Ryan moved for a directed verdict on behalf of Counter-Defendant.  The motion was granted and resulted in the dismissal of all of the counterclaims.

Ryan was trial counsel for Plaintiff who alleged legal malpractice against Defendants who drafted and filed, on Plaintiff’s behalf, ineffective tender offers on three separate occasions.  After completing jury selection, the parties resolved the litigation in July 2014.

Ryan was lead counsel for Respondents, three New Jersey domiciled LLCs, in a proceeding before the Surrogate’s Court, Queens County.  The petition alleged mismanagement and diversion and sought the appointment of a temporary receiver over the LLCs.  Ryan successfully moved to dismiss the petition against the LLCs on grounds that the Surrogate’s Court lacked personal jurisdiction.

Ryan represented Respondents-Appellants in an appeal from a Decision and Order of the Surrogate’s Court that compelled Respondents to execute authorizations that provided for the broad discovery of books and records maintained by out of state LLCs for which the Surrogate’s Court did not have personal jurisdiction.  The Appellate Division, Second Department modified the Decision and Order and narrowed the scope of discovery that could be obtained from the out of state LLCs.  In re Hersh, 109 A.D.3d 991, 971 N.Y.S.2d 559 (2d Dep’t 2013).

In a frequently cited decision by United States Court of Appeals, Second Circuit, Ryan successfully argued on the brief that the United States District Court for the Southern District of New York (Baer, J.) was correct in allowing for a supplemental judgment that confirmed an arbitral award to account for sums that had previously been contingent upon future contracts that had yet to mature.  Robert Lewis Rosen Assocs. Ltd. v. Webb, 473 F.3d 498 (2d Cir.2007).

Ryan represented Defendants who successfully opposed Plaintiff’s motion to amend the complaint on the grounds that the proposed defendant was not a signatory to the relevant agreement.  On appeal, despite the legal standard that leave to amend a pleading should be freely given, the Appellate Division, First Department affirmed the ruling in favor of Defendants.  Manhattan Real Estate Equities Group, LLC v. Pine Equity NY, Inc. 27 A.D.3d 323, 815 N.Y.S.2d 28 (1st Dep’t 2006).

Ryan was retained post-trial as appellate counsel for Defendants in Maloney Carpentry, Inc. v. Budnick et al.  On appeal, Ryan argued that the trial court’s jury charge on the issue of substantial performance was erroneous, and therefore, prejudiced Defendants.  The Appellate Division, Second Department agreed with Ryan and found the jury charge to be “erroneous, incomplete, and ambiguous,” reversed the judgment below and ordered a new trial, which lead to settlement.  Maloney Carpentry, Inc. V. Budnick et al., 19 A.D.3d 378, 795 N.Y.S.2d 911 (2d Dep’t 2005).

Ryan represented Plaintiff on appeal of a judgment entered after a bench trial in which Plaintiff recovered against the corporate Defendant for rent due uner a commercial lease.  However, the trial court dismissed Plaintiff’s complaint to the extent it sought to pierce the corporate veil against the corporate Defendant’s owners and officers.  On appeal, Ryan successfully argued that the trial court erred by refusing to pierce the corporate veil, “[t]he evidence further reveals the absence of corporate formalities… inadequate capitalization… the intermingling of personal and corporate funds… and the use of its funds for personal ppurposes.”  Galin Partnership v. Flynn, et al., 295 A.D.2d 473, 744 N.Y.S.2d 345 (2d Dep’t 2002).